With a distinct lack of respect for the archaic ‘rules’ and a severe impatience with the exclusive whiskey status quo, Foxes Bow Whiskey a brand for anyone. But it won’t be for everyone.

This is a straight up whiskey with a fair bit of character. Release 01 has a rye cask finish which is unusual in Irish Whiskey but adds a delicious extra layer of spice.

Expect a burst of fruity sherry flavours, followed by a wave of spice, and perfectly finished with a lingering velvety vanilla sweetness. Foxes Bow Whiskey Release 01 features a natural rich amber with no added caramel colouring.

Because of the high quality and delicious flavour profile, Foxes Bow Whiskey can be enjoyed neat, on the rocks or in your favourite cocktail. Our favourites are the Ginger Fox (Foxes Bow with ginger beer and a wedge of lime) or the Foxes Bow Coffee (equal parts Foxes Bow whiskey, espresso coffee and coffee liqueur, shaken over ice).

This is the first release from the Alt Liquor Co. But it certainly won’t be the last. 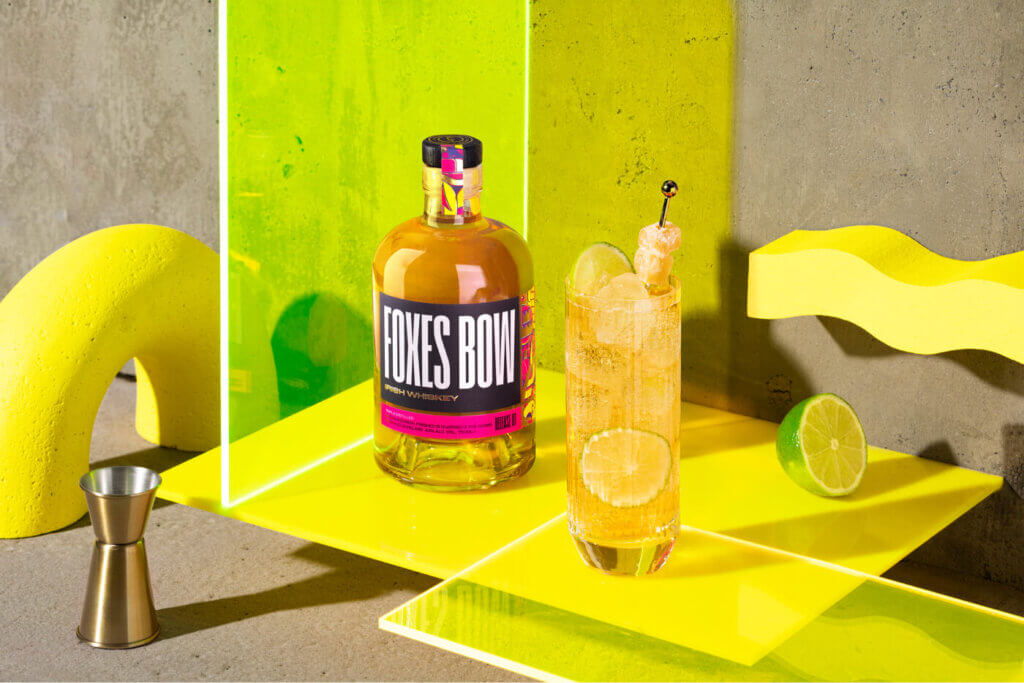 Back to all Brands
We use cookies on our website to give you the most relevant experience by remembering your preferences and repeat visits. By clicking “Accept All”, you consent to the use of ALL the cookies. However, you may visit "Cookie Settings" to provide a controlled consent.
Cookie SettingsAccept All
Manage consent

This website uses cookies to improve your experience while you navigate through the website. Out of these, the cookies that are categorized as necessary are stored on your browser as they are essential for the working of basic functionalities of the website. We also use third-party cookies that help us analyze and understand how you use this website. These cookies will be stored in your browser only with your consent. You also have the option to opt-out of these cookies. But opting out of some of these cookies may affect your browsing experience.
Necessary Always Enabled
Necessary cookies are absolutely essential for the website to function properly. These cookies ensure basic functionalities and security features of the website, anonymously.
Functional
Functional cookies help to perform certain functionalities like sharing the content of the website on social media platforms, collect feedbacks, and other third-party features.
Performance
Performance cookies are used to understand and analyze the key performance indexes of the website which helps in delivering a better user experience for the visitors.
Analytics
Analytical cookies are used to understand how visitors interact with the website. These cookies help provide information on metrics the number of visitors, bounce rate, traffic source, etc.
Advertisement
Advertisement cookies are used to provide visitors with relevant ads and marketing campaigns. These cookies track visitors across websites and collect information to provide customized ads.
Others
Other uncategorized cookies are those that are being analyzed and have not been classified into a category as yet.
SAVE & ACCEPT
Powered by